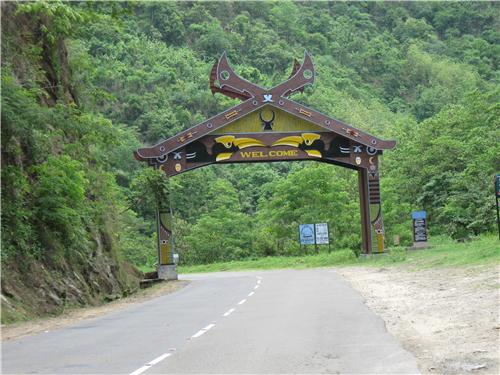 Kohima is one of the oldest districts amongst the eleven districts in the entire state and Kohima has the first seat of the administration of the Naga hills, under the appointment of G.H. Damant as the political officer during that time. Nagaland was declared as a full fledged state on 1st December, 1963 and during that time itself Kohima was declared the capital of the state. The original name of Kohima was “Kewhira” which was actually the name of the place where Kohima town is actually located. However, the British could not announce the word and hence changed the name to Kohima. Kohima is also known as ‘Bara Bosti’ which is the second largest village in entire Asia.


Geography and Climate of Kohima

The climate of Kohima is quite moderate and it has a humid sub tropical climate. The climate during the winters is not too cold and during summers it is not very hot either. Geographically, Kohima is centrally located and is surrounded by Assam in the west, Wokha district in the north, Zunheboto and Phek district on the east and in the south by the state of Manipur. The geographical area of Kohima district is 1595 sq. kms.

Kohima is a place of immense beauty and landscapes. Today the state of Nagaland has achieved such intense tourism kudos and salutes that people from other countries come to visit this mesmerizing place. Kohima is filled with wildlife and some of the sanctuaries in Kohima are Pulie Badze sanctuary, Khonoma Nature Conservation and Tragopan Sanctuary and Intaki Wildlife Sanctuary. In all of these sanctuaries, a massive number of fauna and flora reside and has made these sanctuaries their home. 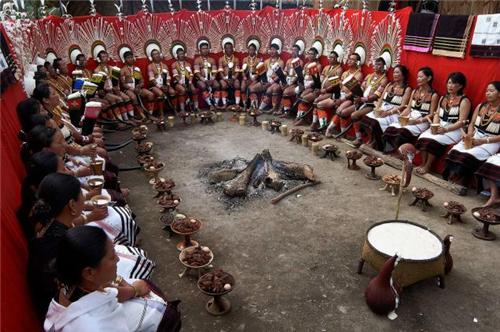 Apart from the wildlife and zoological parks, there are also museums and emporiums in Kohima where the ancient and traditional roots of the city is saved and preserved for people to see and witness. The museums are perfectly maintained by the Nagaland government for tourism purposes as well as for its antiquity. Apart from the museums other tourism places in the area are the World War II Cemetery, the Kohima cathedral, the Tuophema tourist Village, Khonoma village, Japfu Peak, etc.

Kohima can be accessed via road, train and even air. The nearest airport from Kohima is Dimapur Airport and the nearest railway station is also Dimapur railway station. Buses and taxis however can be hired from Kohima city itself. Private vehicle can easily be driven to Kohima via the roads constructed for accessibility purpose.

To know more about Transport in Kohima, click here.