Kohima is the capital of Nagaland, which is a district as well as a well developing town. The capital city consists of tribes as well as many other sub-tribes. The tribes differ from each other in terms of their customs, traditions and beliefs. Kohima is a place of beauty for people coming from different parts of India as well as world. Tourists come to this place and obtain peace and tranquility. Being a virgin territory which has not yet been fully explored, Kohima is gradually gaining a lot of popularity as a tourist place.

Nature could not be kinder to Kohima for it has picturesque landscapes, verdant and lush flora and fauna and some amazing scenes of the sunrise and the sunset. There are a lot of place in and around Kohima that can be visited. Some of the localities and areas in Kohima that needs special mentioning are: 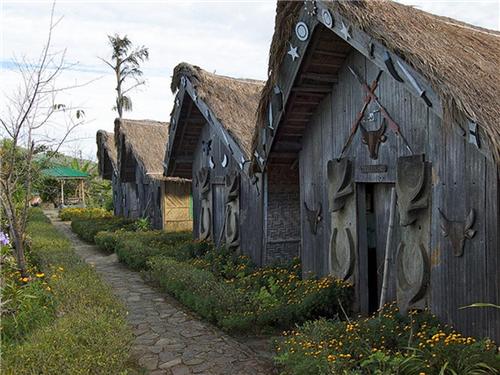 Tuophema is a village that is located 45 kilometers away from Kohima. It is a small comfortable village which is traditionally styled for visitors to enjoy the beauty of the place. There are comfortable lodges put up here in traditional Naga style. One can settle for peaceful environment in these friendly homely thatched huts and enjoy the traditional food in glass paned cafeteria. The food here costs around Rs. 180 to Rs. 260.

Tuophema Village is more commonly promoted as the Ancient Village by the Nagaland state government. The village has its own charm and ambience of homeliness. The tourists visiting the village are very much cordially welcomed by the locals and offered its different kind of delicacies such as pork and bamboo dishes, rice beer and baked fish. Festivals witnessed by the visitors here are Angami Sekrenyi. This festival is celebrated from 25th to 27th of every year.

Since 2001, it has been announced as an Angami heritage village and since then it has been witnessing the presence of tourists year after year.

If one is looking for an ideal getaway where one can spend some quality time with self, then Dzulekie around Kohima is the best place to settle for. The lush evergreen forests surrounding the place are a total feast for the eyes. A very popular attraction of Dzulekie is the animal Mithun (Bos Frontalis) which peacefully grazes on the waysides of Dzulekie. The place is around 40 kms west of Kohima and is at a height of 2,133.6 above the sea level. Dzulekie is a stream that flows through Nagaland making deep and narrow gorges as if the stream is an underground one. The stream also has a rare species of rainbow trout.

Tseminyu is a town located 50 kms away from Kohima town. This town is of great archaeological and 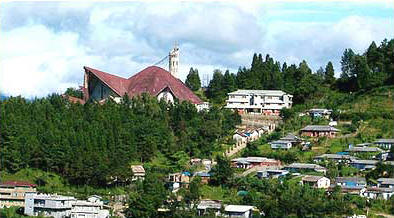 historical importance since the Naga people such as the Lothas, Sangtams, Semas, etc. used this as a migration route when they were on a lookout for new places to settle. It is the home of Rengma Nagas and is filled with Naga heritage sites, broken potteries, age old graveyards and abandoned villages as well.

Jhum cultivation is a frequent sight in the area since the place is a terrain region perfect for agriculture. The people here are hard working hence making it a preferable place for them to so proper cultivation and plantation. However, people here are not that advance and developed in terms of technology making it move at a very slow pace. However, in the last few years huge chunks of the are are put to plantation use that one can witness as one traverses through the national highway for Mokokchung, Wokha and Tuensang. 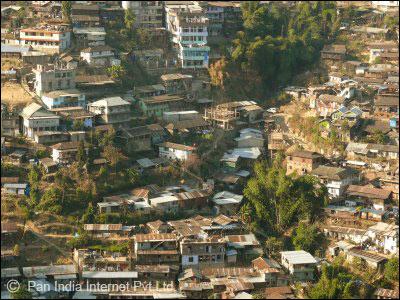 Also called Kohima village, the Bara basti is the old village which was the origin of Kohima. Meaning a large village, Bara basti is one of the largest and populous villages in Asia. The Kohima village has a uniqueness of its own with the traditional houses as its major attraction. The Kohima village is divided into Khels or localities and there are four Khels in the area. A uniqueness of the villages is that the village has a traditional Naga ceremonial gateway carved with motifs of guns and symbols of prosperity at the entrance that rise steeply up the hill. Skulls of buffalo and stones of varying shape and size could be seen here portraying the past glory of the ancestors. Traditional Naga houses have crossed horns on the gable signifying the status of the family.

Stuated about 12 km from Kohima, the Kisama village is a beautiful village in Kohima known for its scenic beauty. The hornbill festival is a major event taking place in this heritage village. The natural vegetation and the tall hills of the surroundings of Kisama are sure to catch the attention of the onlookers. All the more beautiful here in Kisama are the houses of the Kisama villages that are constructed in the traditional Naga architectural style.