The capital and the most important city, Kohima is a cultural city in Nagaland. Traces of different culture of different Naga communities could be found in Kohima. The ethnicity of Kohima consists of various tribes and sub tribes which have been residing here since time immemorial. The people of Kohima follow the religion of Christianity mainly and other communities living in the area follow both Hinduism and Islam. The Naga heritage is very rich and it consists of different kinds of rituals and festivals which is rather a very interesting study. Cultural dynamism is visible amongst the Naga people in Kohima which make it a very vibrant community. Naga people dwelling in Kohima still preserve their original traditions and customs. Even in today’s day, a lot of socio-ethnic communities can be seen throughout Kohima which have their own distinct array of social and cultural identity. Let us have a closure look at the colourful culture of Kohima.

The Naga culture is a mixture of different tribal and sub-tribal communities. They have their individual way of living, beliefs, traditions and culture. The people of Kohima are primarily divided into different tribes which are again further divided into many other sub divisions. These communities in Kohima celebrate their festivals, maintain their rituals and traditions and together they make Kohima a colourful city to dwell.

Dance forms an important part of the culture of Kohima. Naga dance is practiced by the people of Kohima which is one of the very vibrant and dynamic dance forms in India. The Naga dance is accompanied by some wonderful musical instruments which are 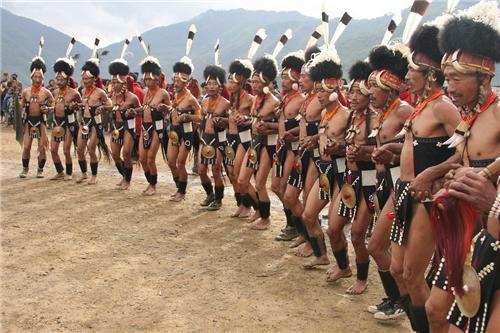 locally designed and the Naga men dance to the music rhythms with great enthusiasm and energy.
The Naga dance form primarily demands male dancers, who dresses themselves in attractive clothes and accessories and then dance in closed circles. Different dance forms exist which is performed by the different tribes present in Kohima. Some of the dance forms of Kohima are:

Zeliang Dance: It is a dance form in which the Naga dancers perform with zest and without a single flaw. The performances given by the dancers in this type of dance are remarkable.

Cock dance: The Nruirolians perform the cock dance which derives its name from the way the dance is performed. During the dance the hand movements of the dancers refer to that of a cock, and hence it is known as the cock dance.

Fly dance: There is also a fly dance which is called so since the dancers have to perform following the movements of a Temangnetin insect. The dance movements of the dancers is so wonderful that watching the performers itself is a beauty.

Cricket Dance: There is another form of dance called the cricket dance, where the performers have to move their hands in all directions.

Bear Dance: Bear dance is another form of dance where the valiant Naga men perform the dance after they have successfully beaten their enemies. It is more commonly known as Hetateulee.

Like dance, people of Kohima are also very fond of traditional music. The music of the Naga people represents the richness and the ethnicity of its culture. With different tribes and sub tribes residing in the place, the music of the place also has melodious diversity. The origin of Naga music is related to some religious belief, bravery or romance. There are different forms of Naga music as well. Mention may be made of: 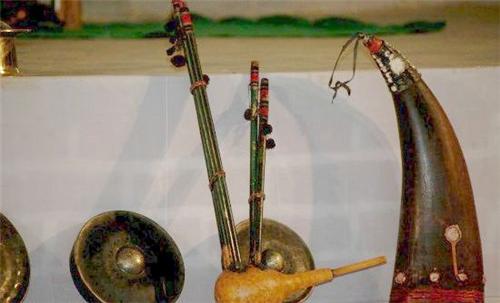 Heliamleu: Also known by the name of the dancing song, it is one of the most important form of Naga music. Heliamleu is primarily concerned with the romanticism of ancient Nagaland.

Hereileu: This is again a form of song which refers to wars. The old and aged people of Nagaland express the achievements and victories of past battles through the mode of a song and hence the war songs.

Neuleu: This song again expresses the legendary acts of people who survived in the past. It describes certain significant events or incidents that occurred in the past.

Naga music too is accompanied by some amazing instruments too which enhances its rhythm and gives it a much vibrant and melodious result. These instruments played along with are no technological objects but rather made at home and traditional.

Art and Craft of Kohima

Art and craft is an integral part of the culture of Kohima. The people of Kohima have a rich tradition of art and craft rooted in their lifestyle. People of Kohima are skilled tribal craftsman and artisans who engage themselves in basket making, pottery making, weaving, woodcarving, metal work and so on.

Food habit of any place has a great association with culture. And for that matter one will find varied and diverse food habits in Kohima. The people of Kohima are lovers of traditional, ethnic and authentic Naga food. The cuisine is basically boiled in nature with less oil and spices and more meat and natural herbs.