Kohima is one of those pleasant places where the climate always stays perfect throughout the year. Situated at an altitude of 1444.12 meters above the sea level, people can plan to visit the place almost at any time of the year. People looking for some peace and tranquility away from the city humdrum, can visit the place and look around the town. The place is also very much ideal for trekking and jungle camping since there are a lot of lush sub tropical forests.

Greater Kohima includes Jotsoma, Jakhama and Kohima village and this part of Nagaland is the second largest urban area in Nagaland after Dimapur – Chumukedima. The population of Greater Kohima is about 100,000 and known as ‘Bara basti’ among the locals also known as ‘large village. It is also considered as the second largest village in Asia which forms the north eastern part of urban Kohima. The Bara Basti here forms four major localities also known as Khels. These localities are Tsütuonuomia, Lhisemia, Dapfütsumia and Pfüchatsumia which are again referred to with their acronyms which are T,L,D and P respectively.

Kohima is surrounded by Manipur to the south, Wokham, Zunheboto and Dimapur to its north, east and west respectively.

The geographical location of Kohima is between 25°6' and 27°4' latitude, North of Equator and between the longitudinal lines 93°20'E and 95°15'E. It lies in the north of Japfu Barail intersection and has an average elevation of 1261 metres (4137 feet ). It is located on a high ridge and it entwines the entire top of the surrounding mountain which is a typical of the Naga settlements.

Kohima features a very moderate version of humid subtropical climate with hot and rainy summers and very cool winters. From December to February are considered the coldest months when frost occurs with cool breeze blowing all the time. June to August on the other hand are the hottest months when the temperature rises to as high as 34 degree Celsius. The summer heat is however suppressed somewhat thanks to the rainfall.

Primarily there are four main rivers that flow through Kohima which are Dhansiri, Dikhu, Doyang and Zungki.

Dhansiri flows through the southwestern part of Nagaland. It flows through the Rangapahar-Dimapur Plains located in the Dimapur district. The Dhansiri river gets both the northern and the southern drainages of Nagaland. The main tributaries that extend from Dhansiri are river Dzuza and river Diphu. At the extreme south of the state, the river forms a natural boundary with north Cachar Hills of Assam, and then finally drains into Brahmaputra.

River Dikhu originates from the Nuroto Hill in the Zunheboto district and it is 160 kms in length. The main tributaries that emerge out of Dikhu are Yangyu of district Tuensang and Nanung in the Langpangkong area of Mokokchung district. The dikhu river flows towards the north and then along the border of Mokokchung and Tuensang district, leaves the hills near the Naginimora and then finally merges with river Brahmaputra in the plains of Assam. 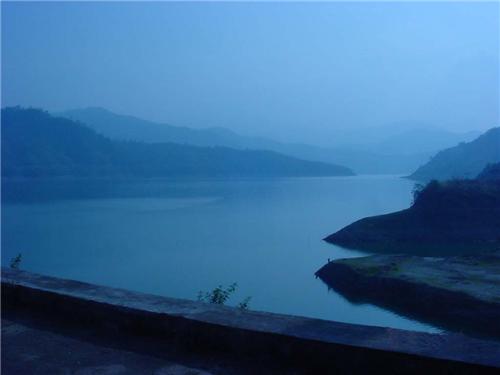 Of all the rivers flowing through Kohima, Doyang is the longest of them all. It originates at the Japfu hill in the southern slope of mao located in the state of Manipur and then moves through the district of Kohima into the district of Zunheboto and Wokha district. A great part of the Wokha district is covered by Doyang river and then gradually passes into Dhansiri in the Sivasagar district. The primary tributaries of river Doyang are Chubi River from mokokchung district and nzhu river that orginates in the Kohima district itself.

Zungki is the tributary of river Tizu. It startd from the Changdong forest and flows in the southern direction towards Noklak, Shamator and Kiphire and then finally it joins Tizu.


Quick facts on Geography of Kohima