Kohima is the capital of Nagaland, one of the seven north-eastern states in India. The capital is the district headquarters of the entire state, which is a sight of pleasure for the eyes. Kohima attained its name from the British. Initially, it was known as Kewhira, which was the name of the village where Kohima town was initially located. Considered as the second largest village in entire Asia, Kohima is also known as Bara Basti.

The Naga people were a bold community hence they gave a very stiff resistance against the British when they tried to dominate them. The resistance by the Naga people was the sole reason that it took the British above four decades to conquer a territory that is less than 10,000 sq. kms. It was in the year 1944, when the Battle of Kohima took place that was a turning point for the people here.

As the headquarters of the Naga Hills district, Kohima was the first seat of modern administration which was at that time under the state of Assam. The political officer in the year 1879 was G.H. Damant. Kohima was christened the capital of the state on the 1st of December, 1963. 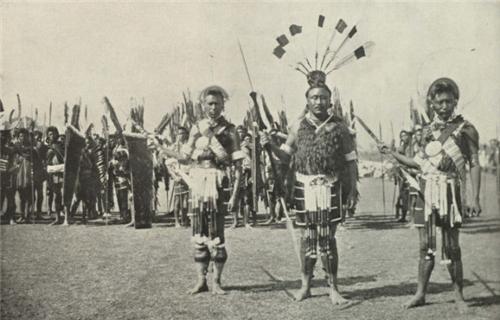 Kohima has a large cemetery that was made in the loving memory of the warriors who fought the mighty War of Kohima. This cemetery is a place for tourism that lies on the slopes of Garrison Hill which was once the scene of intense fighting during the Battle of the Tennis Court.

This is a historical place constructed long back after the World War II. It is situated to the left of the Imphal – Dimapur Road and located on top of the Garrison Hill. This cemetery was constructed in the memory of those warriors who sacrificed their lives during the World War II. The cemetery is a proof of the violence that had taken place years back and when people lost their lives and families were destroyed.

This is a catholic church located in the Aradura Hills in Kohima. It has amazing architectural designs owing to the old British construction. The Cathedral is considered to have the tallest crucifix in entire India. The Church itself is the largest in India and is in fact the largest Cathedral in entire Asia. This is a feat worth to be proud of. The Cathedral holds in it the last remnants of Rt. Rev Abraham Alangimattathil who was the first Bishop of Nagaland.