Must Visit Places in Kohima 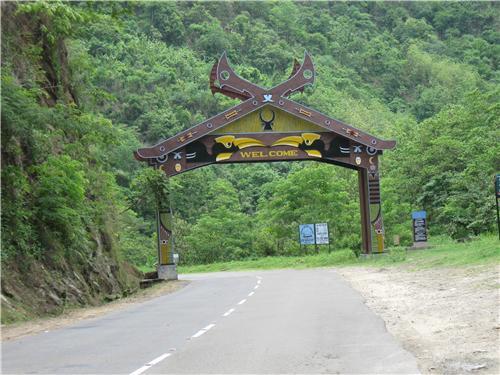 Kohima, the hilly capital city of Nagaland shares its borders with Burma. It is one of the must visit places in the country where you can experience serenity and peace along with some fun places to visit. Tourism in Kohima is a blend of the cultural heritage along with contemporary constructions. On the whole, there are lots of things that tourists can enjoy here. 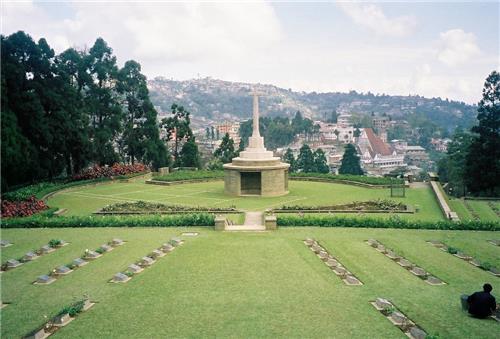 War Cemetery is one of the most important historic sites in the city. It is a tribute to the soldiers of the country who fought bravely during the World War II. Japanese had invaded the area and since Nagaland shared borders with Burma, it was a very crucial point that had to be protected. There are more than 1420 commonwealth funerals here and these have stone markers on them, which states the names of these brave soldiers. Just being here makes you proud of being an Indian as you bow or give salutations to these martyrs. 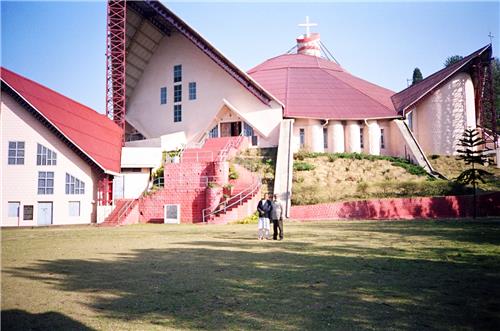 The Catholic Church in Kohima is one of the largest and most famous churches in the northeastern portion of the country. This is a unique church that attracts travelers to the city. The Sisters of the Missionaries of Christ Jesus had come to Kohima in 1948 for starting their services at the Civil Hospital here. The church however gained a lot of popularity because of their charitable work and Christianity began to spread. As a result of their efforts, different diocese for Manipur and Nagaland had to be formed.

Over the years, this church has gained immense popularity as the missionaries continue with their goodwill and offer educational services here. It is situated right on Aradhurah Hill and has an impressive architectural feel along with creativity. 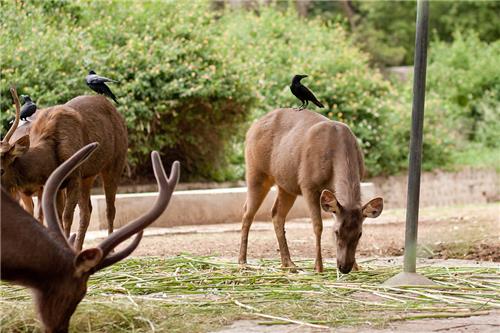 The Zoological Park is also known as The Kohima Zoo. It is another prominent and vital tourist attraction in the city because it caters to nature along with retaining a tourist attraction. The zoo is home to some of the rarest bird species in Nagaland. It houses the tragopan bird, which is a very rare species and is also the state bird of Nagaland. Along with the bird, you can also find many different animals here like Mithun or the Wild buffalo, golden langur, tiger, etc.

The zoo also houses and organizes various tourist activities like bird watching. You can opt for camping and trekking trees here too by coordinating with the authorities. There are also jungle safari packages arranged on request. If you are traveling with kids then you can also enjoy a picnic lunch here. Both buses and taxis can access the zoo.

For those who want to be close for nature and head for some fun adventure sports, then the
Dzukou Valley is an ideal location about 25 kms away from the main city. The best part is that the though the valley is near to the city, it is still far away from the hustle and bustle of mainstream traffic. You can enjoy many activities here like trekking, trails or even a night of camping. It is situated almost 2,438 m above sea level, which makes it much cooler than the rest of Kohima.

Along with the many adventure sports here, this valley is also a boon for those love flora. There are a lot of wild flowers available in the area like lilies, aconitum, multi-colored rhododendrons and euphorbia.

Khonoma Village is often referred to as the Naga Warrior base. These were the rebels who fought against the British Empire. The popular village hamlet is located just 20 km from Kohima.  Tourists love this attraction because of the unique structure here, especially the classically carved gate. This gate offers or gives access to the highest village point. The terrain here comprises of lush carved terraces on hills, which are then used for growing paddy. More than 20 different paddies are grown here and tourists can roam around in the fields with local guidance. 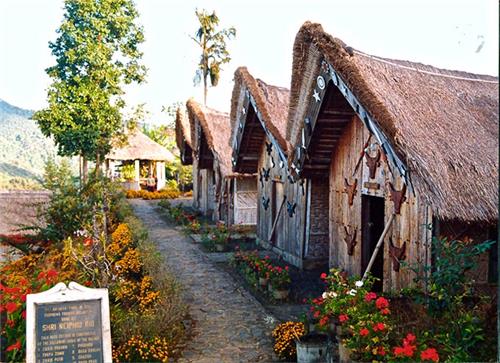 Tuophema is more popularly known as the Ancient Heritage Village by the government of Nagaland. It is a calm and serene area that attracts visitors and tourists. It is basically the representation of a social system that is culturally unique to the Nagas while maintaining a spectacular village surrounding. You can find some bed and breakfast places here that offer local cuisines.

Some of the local delicacies available here include dishes like Ghalo, which is made with bamboo, pork along with rice beer and other ingredients. Bamboo baked fish in the area is very popular too. The best time to visit here would be during the Angami Sekrenyi festival, which is celebrated from 25th to 27th February, each year. The village is about 41 kms away from the main city and is accessible by road.

Japfu Peak is situated at a height of about 3048 m above mean sea level. This is also the 2nd highest peak in the state of Nagaland. It is very famous for the rhododendron tree that grows very tall. There is one tree right at the peak of the hill that is about 30 ft tall and has an 11 feet girth and has been registered in the Guinness Book of World Records. This tree attracts tourists from all over the world. The tree along with the peak is the home to blythe tragopan, a rare bird species. Ideal time to visit this area would be between November to March. 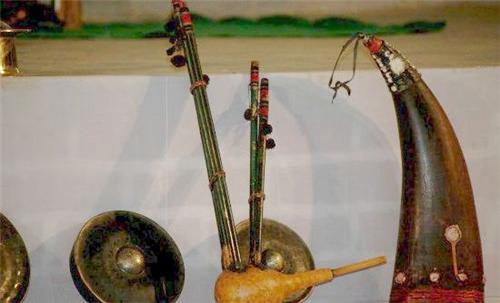 
Nagaland State Museum is a perfect way to incorporate all of the history and culture of the state.  The museum is located at Bayavu Hill at about 2 km from Kohima. This museum exhibits the evolution and emergence of the Naga culture. The museum is a major attraction in the city because of its heritage importance. Some of the things to see are the tribal habitats, which are unique and also pre-dominant in this part of the country.

Then there is also the rare collection of artefacts here, who includes all the 16 tribes that live in the state. Along with this you can also see clan motifs, traditional attires, precious stones, necklaces and inscriptions. The museum is also the home to an art gallery where Naga Morung (hut models) have displayed the different kinds of architectures used in the different tribes. One also comes cross different kinds of musical instruments, which are made from horns of the buffalo and bamboo.

Ruzaphema is located at a distance of about 5 km from the main city. It is a very popular shopping zone for the tourists and is situated on the Dimapur-Kohima Road. The area is perfect for colourful bazaars and all kinds of shopping include local items, handicrafts, clothes, souvenirs and many more. You can buy the traditional Naga attire here or go for some of the popular bamboo and cane handicrafts and furniture.

The Kohima Museum is a display of the various kinds of tribal habitats found in the state of Nagaland. Like the state museum, it to has displayed diverse culture and traditions of the Naga, right from ancient times. They have used unique techniques to preserve some of the antique creations that came from the older Naga generations. You can also see some great traditional dresses here on display including the utensils like beer mugs or even kitchen gadgets.

Along with this, one can also see authentic precious stones here like the carnelian, tourmaline and coral. Other items on display include the scriptures and motifs that contain the diverse dialect and practices. One of the popular attractions with the tourists are the hut models and musical instruments. A log drum in this museum in particular is the highlight of the collection. Other fabricated instruments are also available here. There are other attractions here like learning the Nagamese language, which is a pidgin invented by the Nagas,using local Assamese dialect. There is also the 16th tribal group of the local tribes. 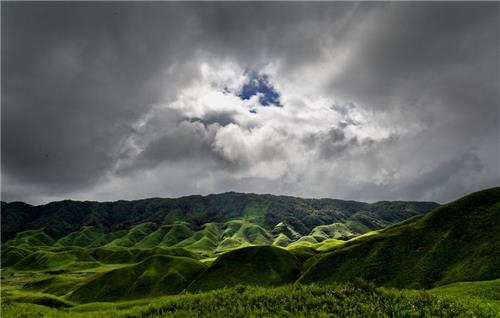 At a distance of about 40 kms from the city lies a beautiful picnic spot named Dzulekie. This is a lush and green area that is known for its evergreen sub-tropical forests. Tourists frequent this place during the summers to see the beautiful stream that flows right from a slim and narrow gorge. It also goes underground in a couple of areas. The picnic spot is safe and surrounded by mesmerizing hills. Rare bird species of pheasant like the blythe's tragopan are found here. Some other animals like domesticated bison’s and mithuns can be seen around too. It is best to head to the spot early in the morning so that you can enjoy an afternoon siesta by the stream. 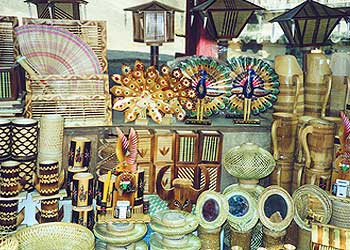 Naga Bazzar is basically a tourist attraction, even though tourists don’t find much to shop here. The reason they still frequent the market is because of the sale of livestock. This is one of the rare markets in the Northeast, where livestock trade happens at a rapid and mass scale. Along with cattle, there are also other animals like black dog sold here. The black dog is a vital part of the Naga cuisine. All women hosting the stores here sell livestock in traditional outfits. Poultry, fishes and other handicrafts are sold here too.